The agonized prayer of Jesus 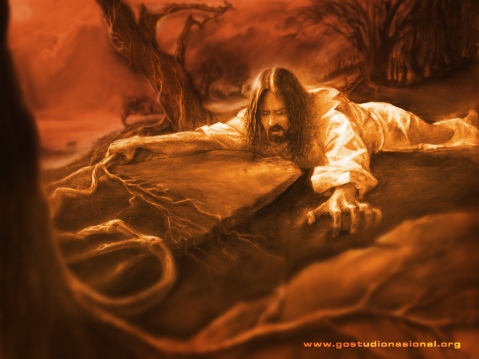 I tend to think of Jesus as the model of peace and serenity and calm in all circumstances but that wasn’t the case at least once.  The night before His death, He went to a place called Gethsemane and prayed in deep agony of soul.  Here is what Mark records from that evening (in Mark 14:33-34): “He began to be deeply distressed and troubled.  ‘My soul is overwhelmed with sorrow to the point of death,’ He said to them.”

What brought Him such distress?  What made Him feel so troubled?  What caused Him to be “overwhelmed with sorrow to the point of death”?

His deep agony of soul had to do with what He was about to do: He was about to die in our place, with the sin of our lives upon Him.  That’s why He prayed for God to “take this cup from Me,” if that was at all possible.

In The PAPA Prayer, Larry Crabb stresses, “In Gethsemane, He asked to be spared the cross centrally because He knew His Father would turn away from Him as He hung there.  That prospect terrified Him far more than the nails.”

Henri Nouwen remarked, “Hell is the bitter fruit of a final no to God.”  That’s what Jesus was about to endure on our behalf

In his great novel The Brothers Karamazov, Fyodr Dostoevsky wrote, “Hell is the suffering of being unable to love.”  That’s what Jesus was about to endure for us.

Marilynne Robinson suggests, “If you want to inform yourselves as to the nature of hell, don’t hold your hand in a candle flame, just ponder the meanest, most desolate place in your soul.”  That’s what Jesus endured when He took upon Himself the whole of our sins.”

No wonder He prayed in such extreme agony that blood dripped from the pores of His skin.

And no wonder life went out from Him as He hung on the cross.  It wasn’t the loss of blood or the smothering nature of crucifixion that took His life.  It was that there is no life left when absolutely separated from God!

Why would He put Himself through such suffering?

He did it for one reason only: He did it so that we would not have to.  He did it out of love for us.

The agony He experienced in Gethsemane and the suffering He endured on the cross reveal the never-quitting nature of Christ’s love for us!

What aroma can I leave around me? 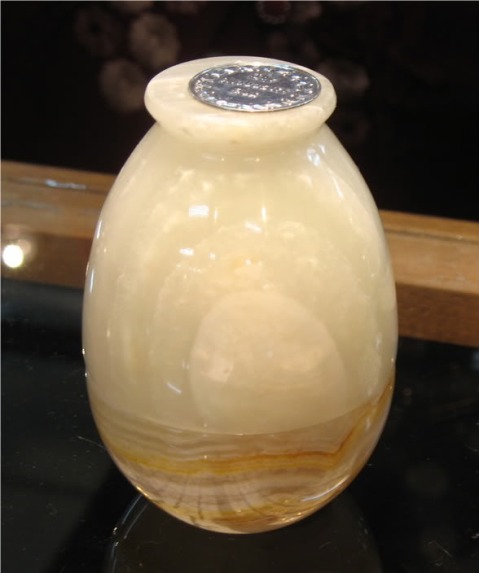 Sometimes when reading the Bible we miss out on taking in the fullness of the passage by failing to consider the impact of the passage on our physical senses.

For example, Mark records the story of Jesus eating dinner at the home of Simon the Leper two days before Passover.  With your imagination, breathe in the smells that would have filled the home that day.  There was the smell of freshly baked bread—freshly baked unleavened bread, for this was just a couple of days before Passover.  There was the aroma of wine.  There were the smells of dates and figs and fresh grapes and cooked onions and Jerusalem cheese and pickled herrings and honey pie.  There may also have been the smell of barbecued lamb or goat.  Suddenly, into the room a new smell was introduced.  A woman brought in an alabaster jar of very expensive perfume.  She broke it open and poured the perfume on the head of Jesus.

Jackie Kendall speculates, “In the days of Jesus, when a young woman reached the age of availability for marriage, her family would purchase an alabaster box for her and fill it with precious ointment.  The size of the box and the value of the ointment would parallel her family’s wealth.  This alabaster box would be part of her dowry.  When the young man came to ask for her in marriage, she would respond by taking the alabaster box and breaking it at his feet.  The gesture of anointing his feet showed him honor.” (Say Goodbye to Shame: And 77 Other Stories of Hope and Encouragement, p. 156)

Then, just as suddenly, the room became filled with a stench—the stench of indignation and judgmentalness: “Some of those present were saying indignantly to one another, ‘Why this waste of perfume?  It could have been sold for more than a year’s wages and the money given to the poor.’  And they rebuked her harshly” (Mark 14:4-5).

Jesus did not judge this woman, though.  He said, “Leave her alone…. Why are you bothering her?  She has done a beautiful thing to me.  The poor you will always have with you, and you can help them any time you want.  But you will not always have me.  She did what she could.  She poured perfume on my body for my burial.  I tell you the truth, wherever the gospel is preached throughout the world, what she has done will also be told, in memory of her.”

Rather than judging her waste of money or her failure to have sold the perfume and given the proceeds to a worthy cause, Jesus looked at the good intent of her heart, and he complimented her.

Why is generosity so difficult to learn?

Every once in a while I get wondering about myself: Why is generosity so difficult for me?

The Bible says that we are made in the image of God.  1 John 4:8 tells us that God is love, and John 3:16 stresses that God so loved the world that He gave His only Son.  Giving is part of the nature of love, and love is part of the nature of God, and we are designed and built in the image of God, so we were designed and built to love and to give.  So…why do I have such a tendency to cling to what I have rather than to give like God does?  Is it fear?  Does it have to do with how far removed my heart is from the likeness of God?

In his book Run with the Horses, Eugene Peterson writes of a lesson that came to him as he watched three young swallows perched on a dead branch that stretched out over a lake while their parents were trying to teach them to fly.  He writes,

“One adult swallow got alongside the chicks and started shoving them out toward the end of the branch—pushing, pushing, pushing.  The end one fell off.  Somewhere between the branch and the water below, the wings started working, and the fledgling was off on his own.  Then the second one.

“The third was not to be bullied.  At the last possible moment his grip on the branch loosened just enough so that he swung downward, then tightened again, bulldog tenacious.  The parent was without sentiment.  He pecked at the desperately clinging talons until it was more painful for the poor chick to hang on than risk the insecurities of flying.  The grip was released, and the inexperienced wings began pumping.  The mature swallow knew what the chick did not—that it would fly—that there was no danger in making it do what it was perfectly designed to do.

“Birds have feet and can walk.  Birds have talons and can grasp a branch securely.  They can walk; they can cling.  But flying is their characteristic action, and not until they fly are they living at their best, gracefully and beautifully.

“Giving is what we do best.  It is the air into which we were born.  It is the action that was designed into us before our birth…. Some of us try desperately to hold on to ourselves, to live for ourselves.  We look so bedraggled and pathetic doing it, hanging on to the dead branch of a bank account for dear life, afraid to risk ourselves on the untried wings of giving.  We don’t think we can live generously because we have never tried.  But the sooner we start, the better, for we are going to have to give up our lives finally, and the longer we wait, the less time we have for the soaring and swooping life of grace.”

What is called forth from us? 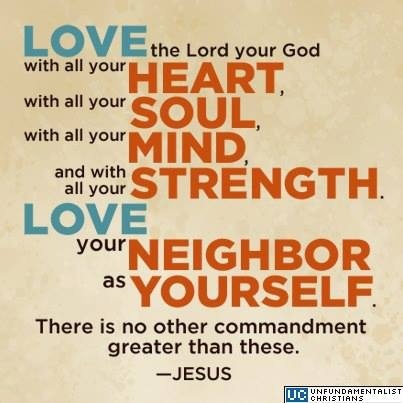 What is called forth from me (or you) to be part of the Christian community?

To a significant extent, that is the question that was asked of Jesus one day shortly before His death when a teacher of the law asked Him, “Of all the commandments, which is the most important?”

In modern day America, we think that we find our identity in what makes us different from anyone else.  But in the Middle East in Biblical times, people recognized that their identity was tied into whom they belonged to.  Therefore, a critical question became: What is called forth from me to be part of this community?

According to Jewish authorities, the Torah (the Jewish Scriptures) contain 613 commandments (248 positive commands, “do this,” and 365 negative commands, “don’t do that”).  In asking Jesus, “Of all the commandments, which is the most important?” this teacher of the law was asking: Out of all 613 commandments, what is the one law that is key to all the laws?  Out of all 613 commandments, what is the primary thing I must do to be recognized as part of this community?  Is it circumcision?  Is it wearing my prayer shawl?  Is it observation of the holy days?  Is it presenting the required sacrifices?  Is it keeping the dietary restrictions?  Is it obeying the Sabbath rules?

It boils down to this: Do I love God with my whole being?  Or is my faith merely a matter of religious activities?  Do I love God with my whole being?  Or do I cherish other things in my life more highly than Him?  Being part of the Christian community is being part of the deepest possible loving relationship.  God loves us so fully that Jesus gave His very life for us.  The key to belonging to this community with God is receiving the fullness of His self-giving love and returning such love to Him by cherishing our relationship with Him as the most important relationship of our lives.