The Word of God

When the apostle Paul wrote to the Christians in the city of Thessalonica, he expressed his gratitude for the fact that they welcomed the message about Christ “not as the word of men, but as it actually is, the word of God, which is at work in you who believe.”

Paul’s words get me thinking about the nature and the impact of the Word of God (the Bible).

The nature of the Bible: Paul emphasizes that the Christian message is not merely the words of men but the word of God.

The impact of the Bible: Paul stresses that the Word of God is “at work in you who believe.”

I love Mark Buchanon’s perspective on the Bible in his book, Your God is too Safe: “The Bible is useful for this: Shaping and training you to be the kind of person who walks in righteousness and is ready to do good works, God’s works, in a fallen world.  If you are not using the Word of God for that, you’re misusing it.”

So what we have with the Bible is the Word of God (designed and directed by God) to change our lives…if we take it in to us, listening conscientiously to the “shaping and training” God would do in us through His Word.

God’s Love Oozes from the Cross 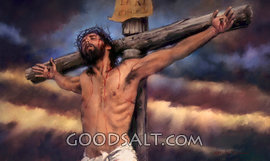 Something even as hateful and disgusting as the cross reveals the enormity of God’s love, for Jesus held nothing back but gave His all for us!

What can this mean to us?

Ann Cetas observes, “My circumstances aren’t a measure of God’s love and goodness; the cross is!”

The cross is God’s guarantee to us that no matter what our circumstances may be, and no matter what others may think of us or how we may feel about ourselves, Jesus loves us enough to have laid down His life for us!

Frederick Buechner points out, “Christianity…ultimately offers no theoretical solution [to the problem of evil]…. It merely points to the cross and says that, practically speaking, there is no evil so dark and so obscene—not even this—but that God can turn it to good.”

No wonder Christians refer to the day Jesus died as “Good Friday!”  It may not have looked good at the moment, but it certainly proved to be incredibly good for us!

The Making of a Leader?

Sadly, such models of poor leadership are found in the church and in Christian ministries as frequently as they are found in other realms of society.

When Jesus spoke to His disciples about leadership, He stressed, “You know that the rulers of the Gentiles lord it over them, and their high officials exercise authority over them. Not so with you. Instead, whoever wants to become great among you must be your servant.” (Matthew 20:25-26)

From Jesus’ perspective, leadership is not about gaining power or yielding power (for the sake of power itself); leadership is about guiding people (or leading people) to the right goal: closer and closer union with God and fuller and fuller resemblance to Jesus.

In his book, Called, Mark Labberton comments, “In sum, our vocation involves becoming wise leaders. Biblical wisdom is: The truth and character of God…lived…in context. When all three of those elements converge, we have the makings of wisdom. When any of them is lacking, we have the beginnings of folly.”

Leadership, from God’s perspective, is all about “the truth and character of God…lived…in context.” No wonder Jesus says that a leader must serve others rather than “lord it over” others.

General Norman Schwarzkopf advises, “The main ingredient of good leadership is good character. This is because leadership involves conduct, and conduct is determined by values. You may call these values by many names. ‘Ethics,’ ‘morality,’ and ‘integrity’ come to mind, but this much is clear: Values are what make us who we are.”

Whether they like it or not, leaders lead by example. That is, people follow how leaders live not just what leaders say. Therefore, if a leader wants to encourage integrity and good character in the people he or she is leading, the leader must conduct himself or herself with integrity. As Schwarzkopf states, “Values are what make us who we are!”

Parker Palmer warns, “A leader is a person who must take special responsibility for what’s going on inside himself or herself, inside his or her consciousness, lest the act of leadership create more harm than good.”

I love the example of leadership Paul modeled in the ancient city of Thessalonica. In 1 Thessalonians 2:8-12 he reports, “We loved you so much that we were delighted to share with you not only the gospel of God but our lives as well, because you had become so dear to us. Surely you remember, brothers and sisters, our toil and hardship; we worked night and day in order not to be a burden to anyone while we preached the gospel of God to you. You are witnesses, and so is God, of how holy, righteous and blameless we were among you who believed. For you know that we dealt with each of you as a father deals with his own children, encouraging, comforting and urging you to live lives worthy of God, who calls you into His kingdom and glory.”

In Thessalonica, Paul was an example of “the truth and character of God…lived…in context.” We need more leaders like that.

Do We Point Others away from Christ or to Christ? 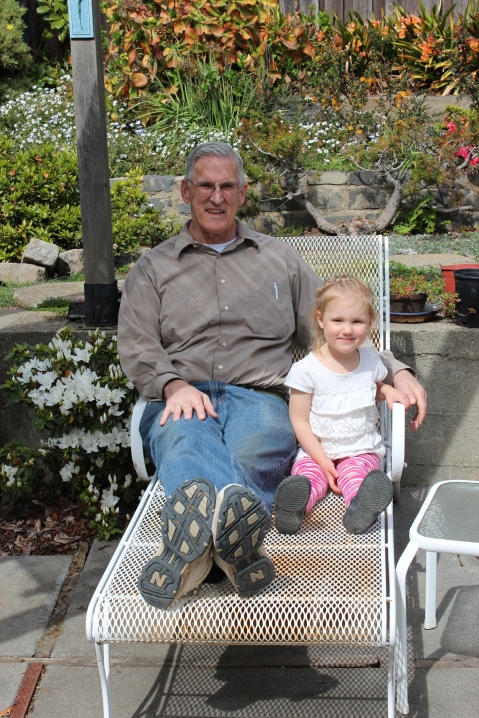 Every human being comes into this world with a God-shaped vacuum in his or her soul. Because of that God-shaped vacuum, every person is looking for God. The problem is that people often don’t know where to look to find God. Unfortunately, unappealing behavior from Christians often causes seekers to look away from Christ instead of to Him.

Jesus said to His followers, “You are the light of the world. A city on a hill cannot be hidden. Neither do people light a lamp and put it under a bowl. Instead they put it on its stand, and it gives light to everyone in the house. In the same way, let your light shine before men, that they may see your good deeds and praise your Father in heaven.” (Matthew 5:14-16)

About the light we can shine, Madeleine L’Engle comments, “We do not draw people to Christ by loudly discrediting what they believe, by telling them how wrong they are and how right we are, but by showing them a light that is so lovely that they want with all their hearts to know the source of it.”

People all over the world, no matter their age, are looking for that light that might draw them to the God who loves them. The good news is that we do not have to be wonderful, perfect people to draw others to God. We can be normal people in whom Christ’s light lives. For example, listen to a conversation my 5-year-old granddaughter’s good friend had with her mother:

People all over are looking for evidence of God’s light and love. Wouldn’t it be wonderful if people might see that in us like Madelyn saw it in Eleanor?