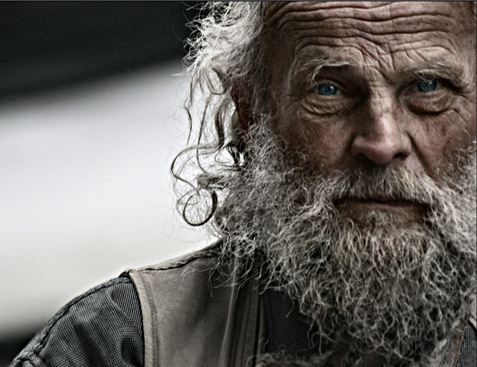 Erik Erikson suggests that as we grow from infancy through adulthood, we go through different stages of psychosocial development that can lead to personal wellbeing and contentment.  The final two stages have to do with generativity vs stagnation and integrity vs despair.

About the second-to-last stage, Kendra Cherry writes, “Generativity refers to ‘making your mark’ on the world by caring for others as well as creating and accomplishing things that make the world a better place…. During this time, adults strive to create or nurture things that will outlast them; often by parenting children or contributing to positive changes that benefit other people…. Those who are successful during this phase will feel that they are contributing to the world by being active in their home and community.  Those who fail to attain this skill will feel unproductive and uninvolved in the world.”

About the final stage, Saul McLeod remarks, “Erik Erikson believed if we see our lives as unproductive, feel guilt about our past, or feel that we did not accomplish our life goals, we become dissatisfied with life and develop despair, often leading to depression and hopelessness.  Success in this stage will lead to the virtue of wisdom.  Wisdom enables a person to look back on their life with a sense of closure and completeness, and also accept death without fear.”

Genesis 24 begins with the words, “Now Abraham was old, well advanced in years….”  Abraham is near the end of his life (indeed, his last recorded words are spoken in the first nine verses of chapter 24), and it is natural for him to wonder whether his life has reached a place of “closure and completeness.”

Many years earlier, God had promised Abraham that Abraham would make a great contribution to this world by producing a vast nation of descendants who would be a blessing to all the nations of the world.  Late in life, Abraham’s wife finally gave birth to the promised child.  Now (in Genesis 24) it is even later, and their son Isaac does not yet have a wife or any children.  Therefore, so that Abraham can feel that he is ready to leave this world with “a sense of closure and completeness,” he makes plans to arrange for a wife for Isaac who would not bring with her the gods and the customs of the Canaanites.

So Abraham recruits his most trusted servant, and he calls for this servant to swear an oath to Abraham to find a wife for Isaac from among Abraham’s kindred in his old homeland.  Since it is the production of descendants that Abraham is most concerned about, Abraham instructs his servant to place his hand on Abraham’s ‘family jewels’ as he swears his oath to Abraham.

As God had set it in Abraham’s heart to want to know that he was making a lasting contribution to the betterment of the world, each of us has such a longing in our soul.  When we feel that our life has been productive in some way, we can leave this world contentedly.  If, on the other hand, we fear that we have made no contribution of lasting significance, we struggle with depression and dissatisfaction.

In his autobiography The Measure of a Man, Sidney Poitier writes, “I’m happiest when I’m acting, and I’ve dedicated my life to it.  Still, as much as I love acting, at the end of the day, I want to be remembered as a great person, first, and as a great actor second.  I believe that acting is a talent, while being a great person encompasses so much more: being a good father, a good husband, and the ability to show compassion for others.  There’s nothing more rewarding than making a difference doing charity work or being able to be there for a friend.”

We need not be a celebrity to do charity work or to be there for a friend, but in doing so we make a meaningful contribution to the betterment of the world.